Did anybody mount evotech tail tidy/fender eliminator to zx636 2013-14?

Can somebody who have it mounted post here real photo of it? Because producent didnt provide many info about how it is really looking.

Now waiting for some photos with plate attached etc.

Only pic i have on the computer but could get some more tomorrow if you like.
I am very happy with this kit, it is very solid and uses the factory indicator and number plate lights. Its obvious evotech spent a bit of time designing this kit.
O

Yea, take more pics how whole bike looks with this kit. Thanks you in advance.

It will give me some idea how it will look on mine bike.
Here in Poland we have medium size square plates (smaller than UK, French or Germany ones), so it will not be 100% same, but its always better than producer photos which shows nothing.

I see now that for 100% streetlegal I have to mount retroreflector in some way, maybe i will screw it directly to the plate or make some simple mount from piece of steel sheet

Joined Apr 4, 2014
·
37 Posts
it actually comes with a reflector and mount in the kit but i didnt bother using it.
O

I asked for it again because I found word "retroreflector" in dictionary and it sounds weird to me - i wasnt sure that you under stand correctly what I mean.

I am waiting for the photos then, if it will look nice for me i will order it

Have you photo from side? 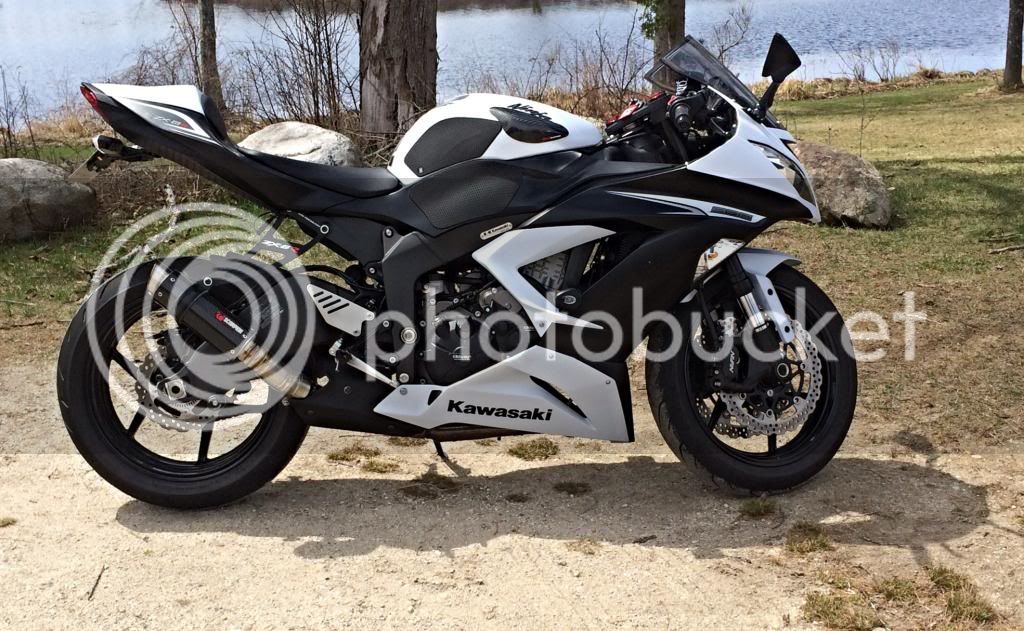 That's one missing thing in my motorcycle i will buy it.

Looks much more better than yoshimura tail tidy which holds plate in middle of rear frame instead of hold it under lamp. Also angle of plate is neat - photos from producer suggested that it's perpendicular to the ground level while it is agressively angled. Thank you.

What do you think about stompgrips?
because i see that some of you have them.

I wanted to buy eazi grip pads but I often ride in jeans, I heard that pads can wear out jeans or make knees pain

Joined Aug 1, 2013
·
1,556 Posts
Take another look at the Yoshi. The Evotech tag light looks like they reuse OEM... big and bulky. The Yoshi tag light is LED, ow profile and very well made. The Yoshi looks more balanced from the side and doesn't look as bulky from behind.

Edit for disclaimer - I have a Yoshi FE, but I no longer use it. I replaced it for for a lower profile FE when I bought the Custom LED integrated brake and signals. I drilled the new FE so that I could AND reuse the Yoshi tag light. Very happy with it.
O

Joined Mar 18, 2014
·
40 Posts
I want to keep all lights (turn signals and plate light) OEM. big + for evotech that their tail tidy allow it. another + is that you will got less problems with homologation, insurance when you crash if you have oem lights

OEM has very good quality of manufacturing, while many 3rd party led lights not. Rubber on damper is not as strong as in OEM. Sometimes they loose continuity of circuit by shaking during ride.
They look cheap for me and are less visible than big bulky stock.

I had some problems with not-stock signals in previous motorcycle. Sometimes they do not work due to shock, bulb often fails because of small size of cover and extensive heat of 21W bulb, rubber damper work out after half of year and broke causing signal to hold only on electric cord.

I would never put tail light with integrated signals - it is far less visible than stock signal, and does not comply with law rules (between turn signals must be 9,5inch or 24 cm distance - problems with insurance or police). Motorcyclist are already not seen by car drivers, there is no reason to make this task ever harder for them

Good luck with whatever you pick up.

Joined Mar 18, 2014
·
40 Posts
I just prefer evotech design with plate right under the lamp, than in middle of rear frame Turn signals in the middle looks weird.

Anyway, thanks for info, it was helpful. I was not sure to buy it, now I am Looks like there is 2 versions on ebay, mine was listed as 2013 and the pic below i think is 2012 version but obviously still fits the 2013.
I like mine better as the turn signals are lower and stick out behind the plate as opposed to being higher in the one below.
As for brightness of the plate light i change the globe to a white led and it is plenty bright.